Walnut Capital and the URA Partner with the Larimer Consensus Group to Bring New Affordable, For-Sale Housing to Larimer Residents 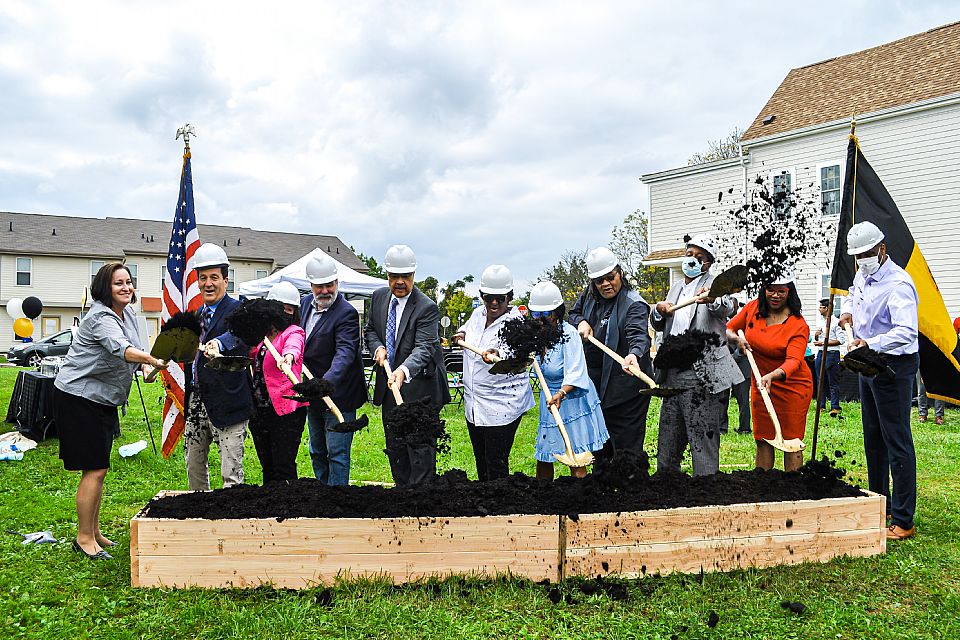 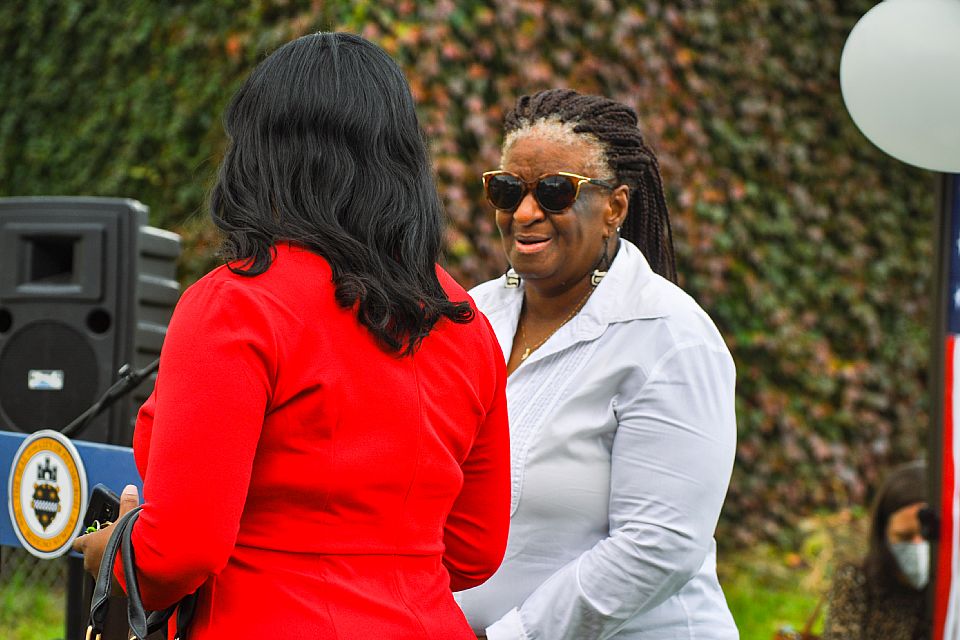 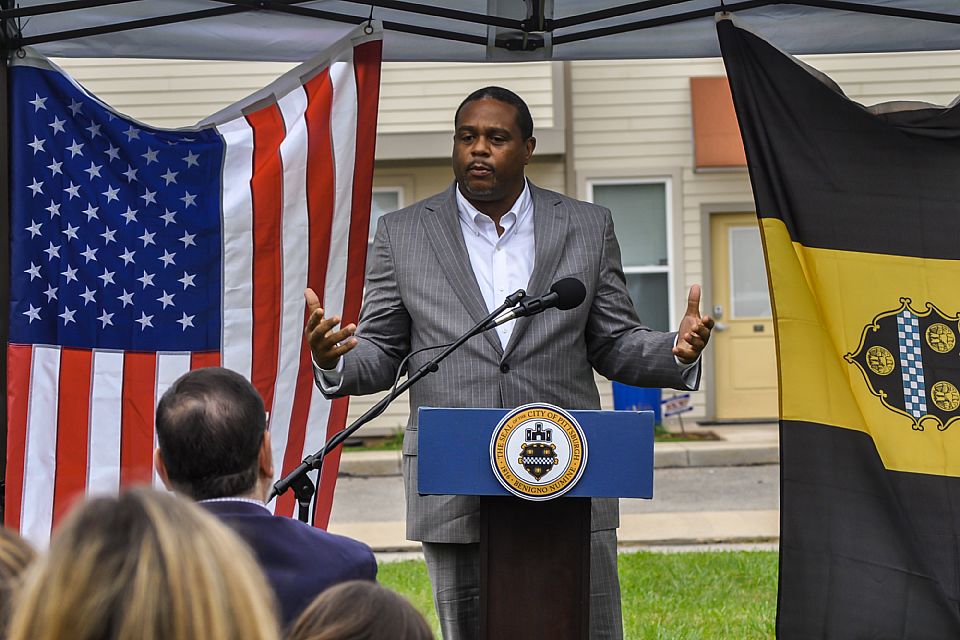 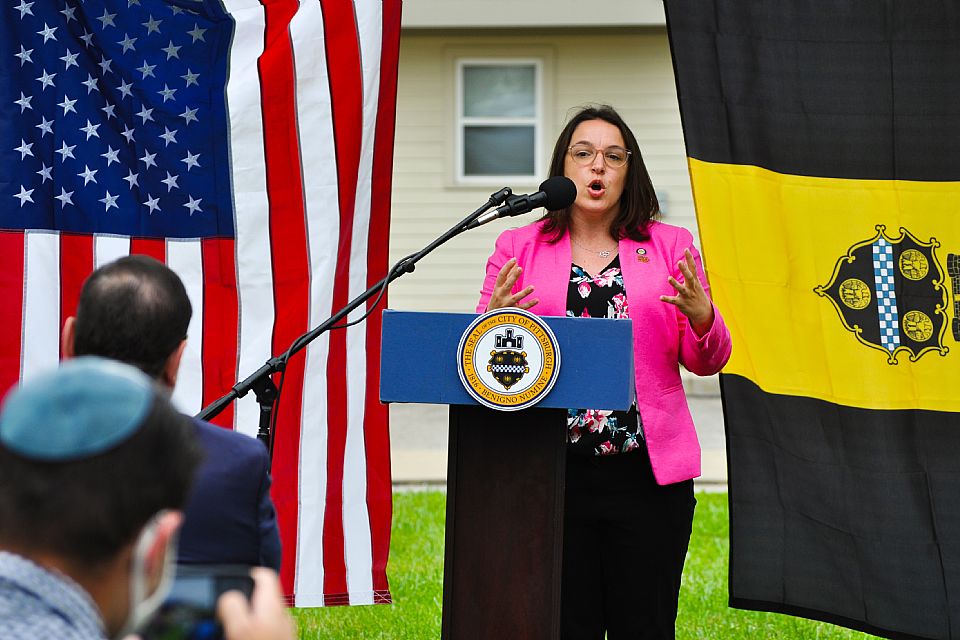 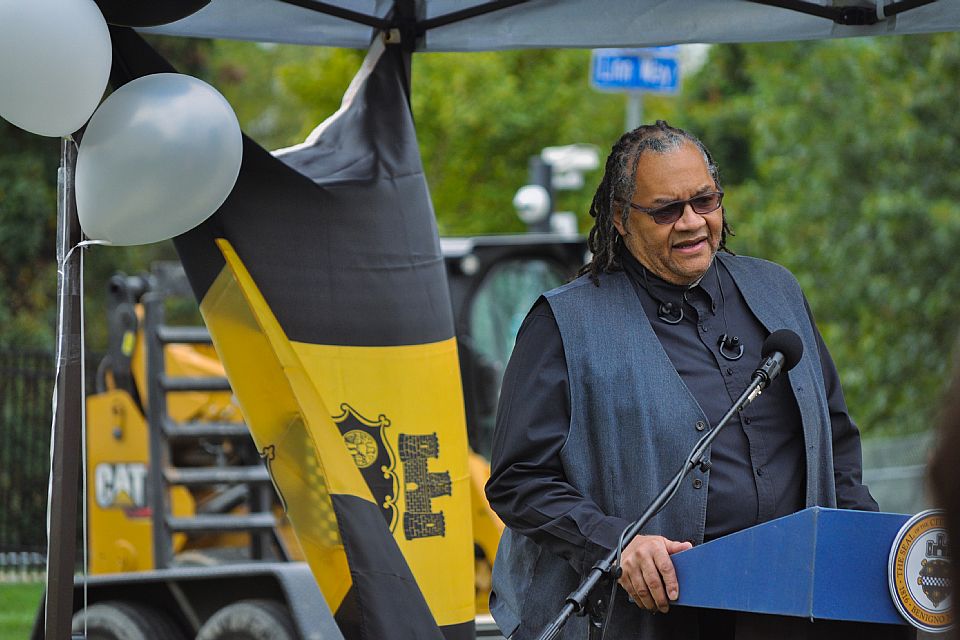 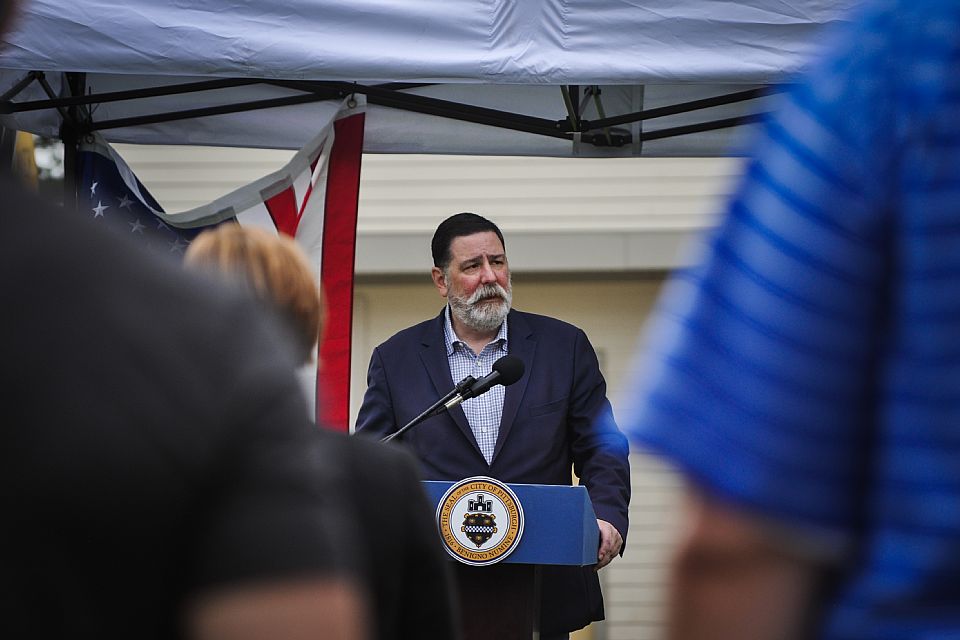 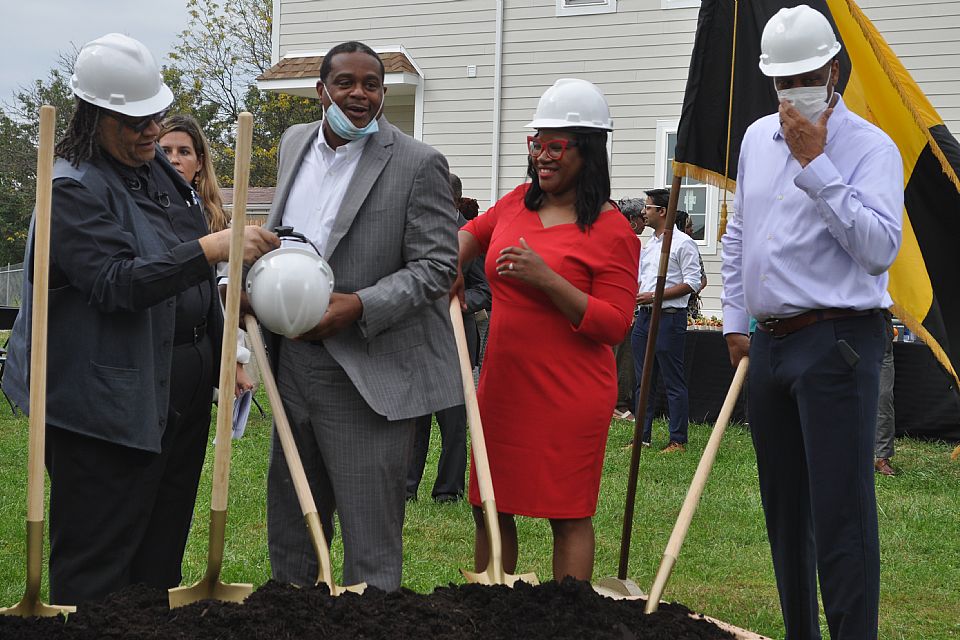 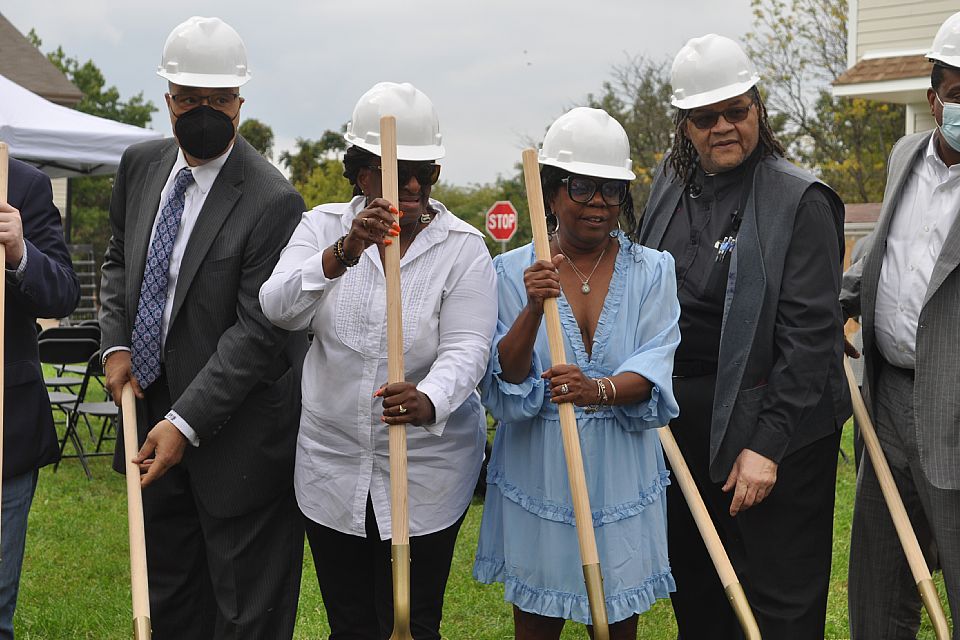 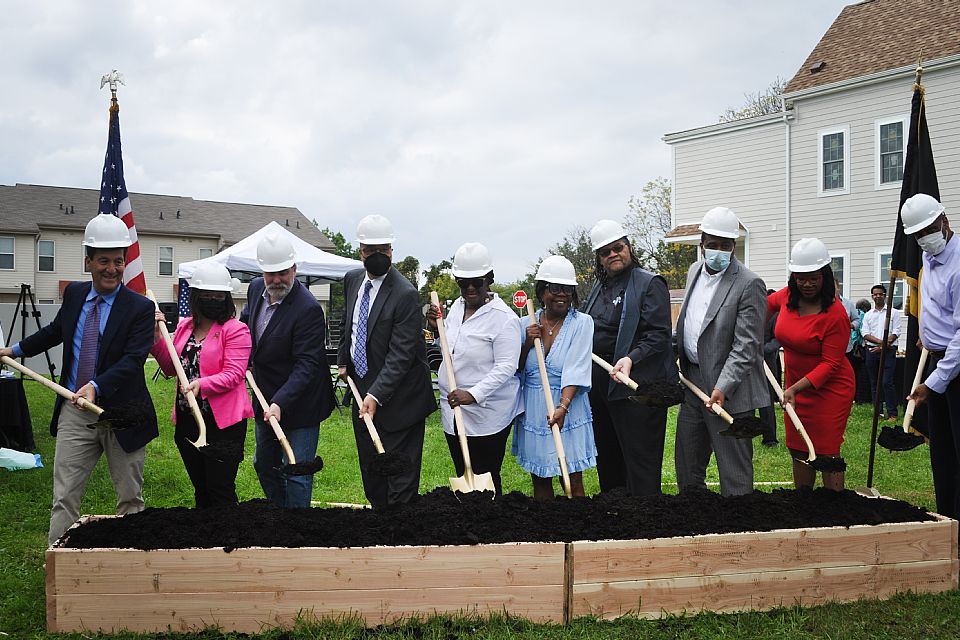 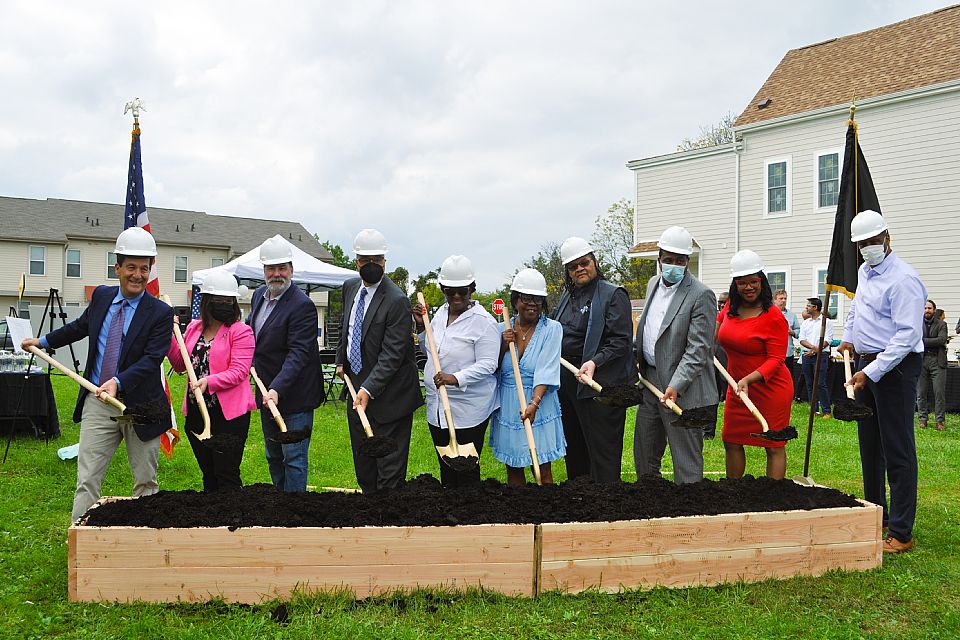 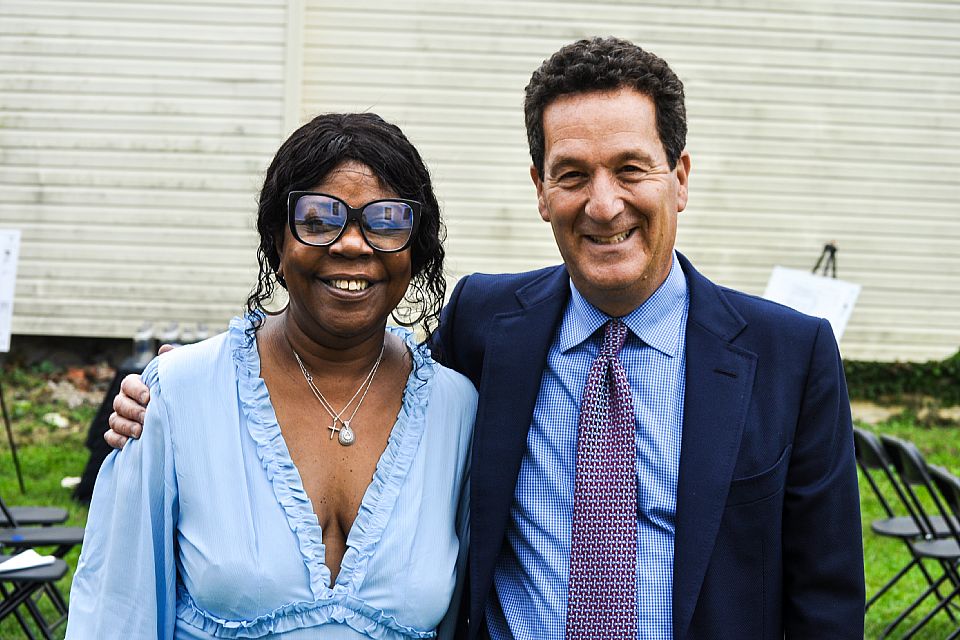 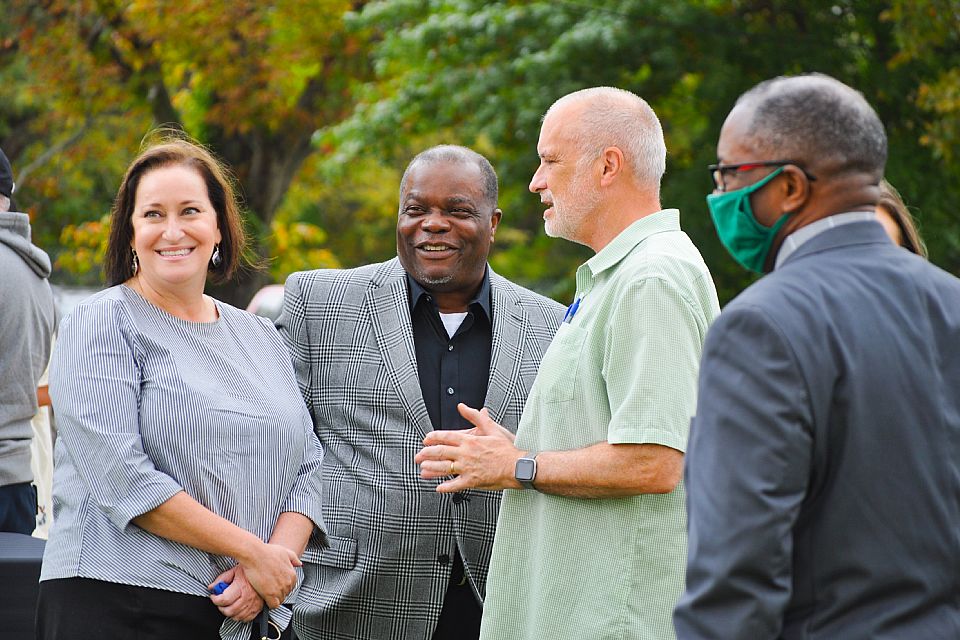 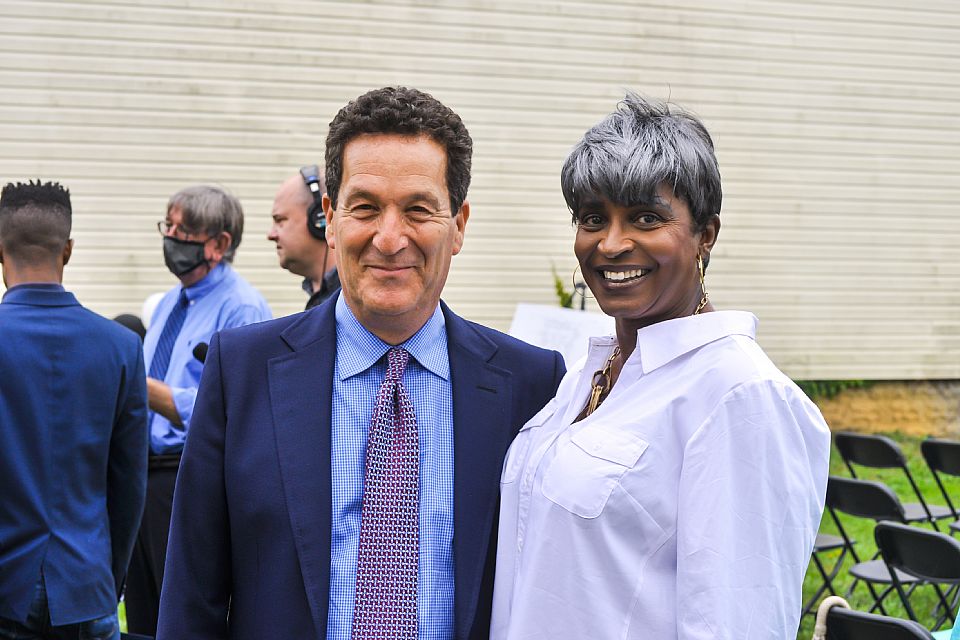 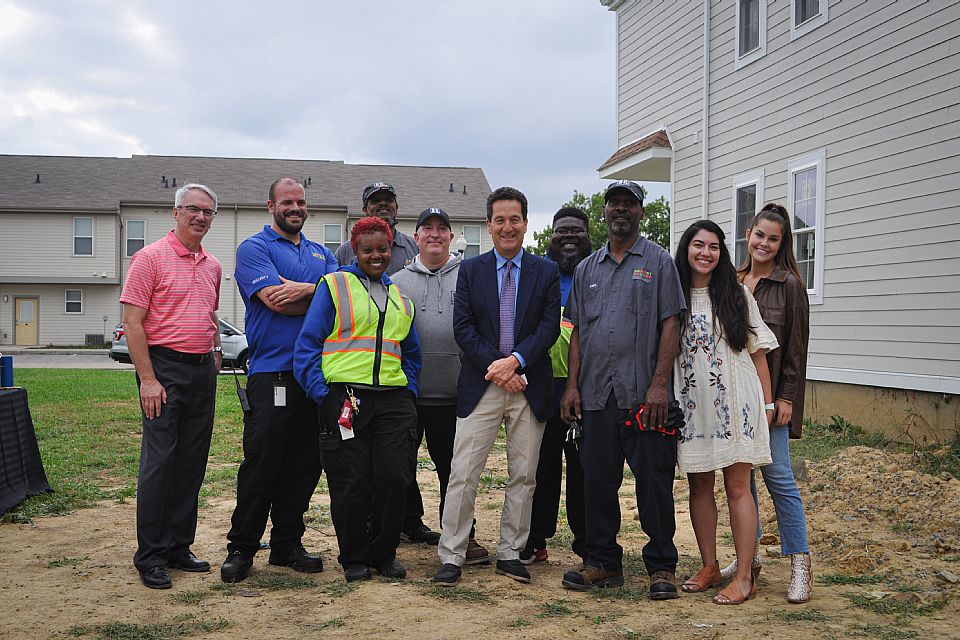 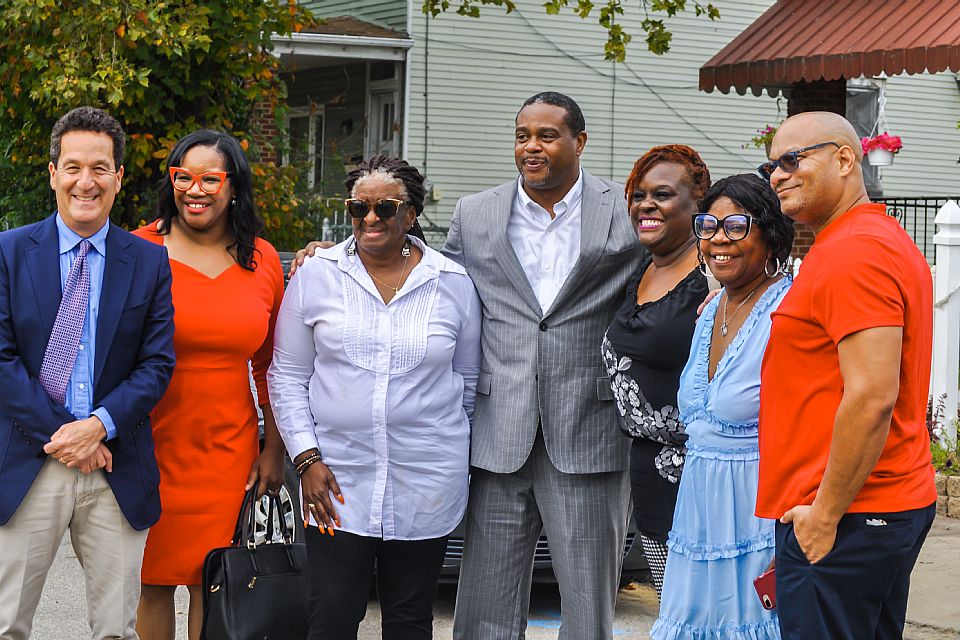 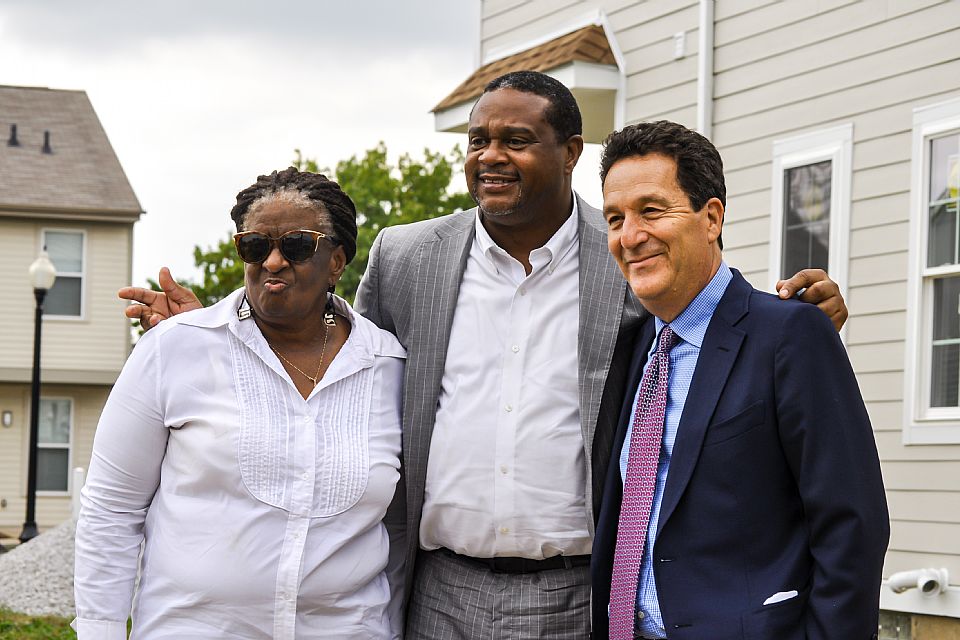 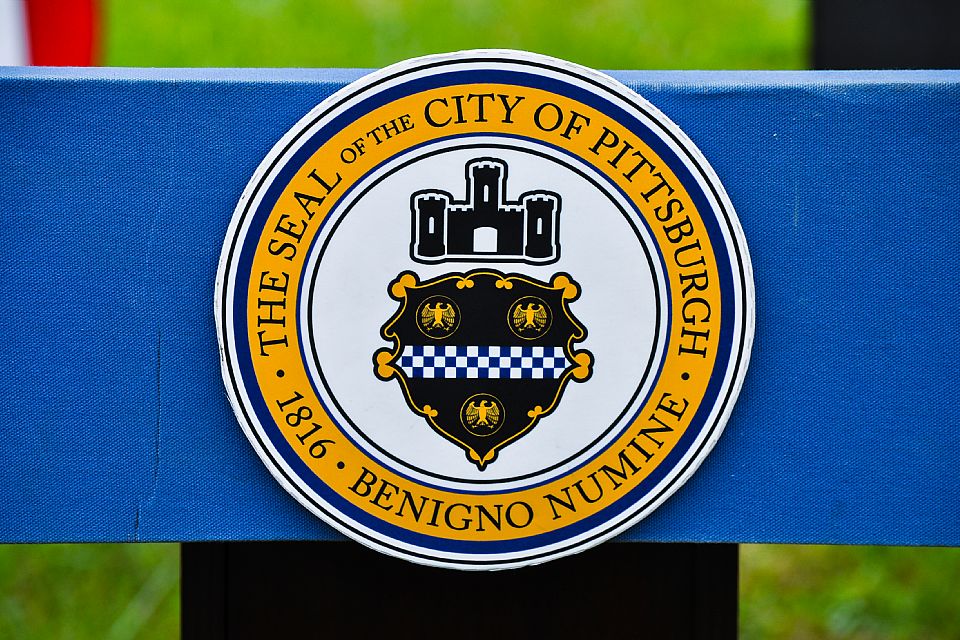 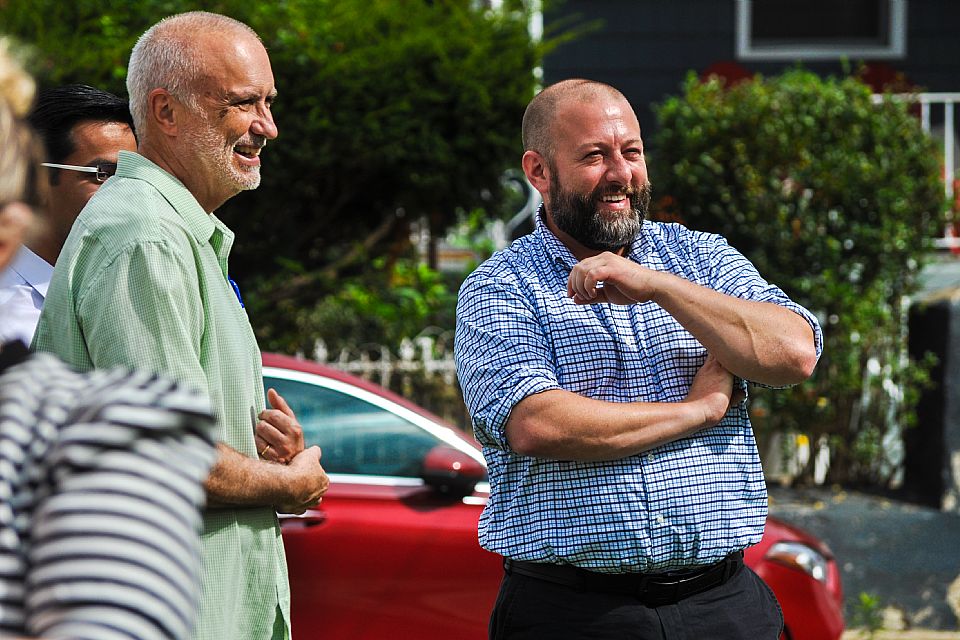 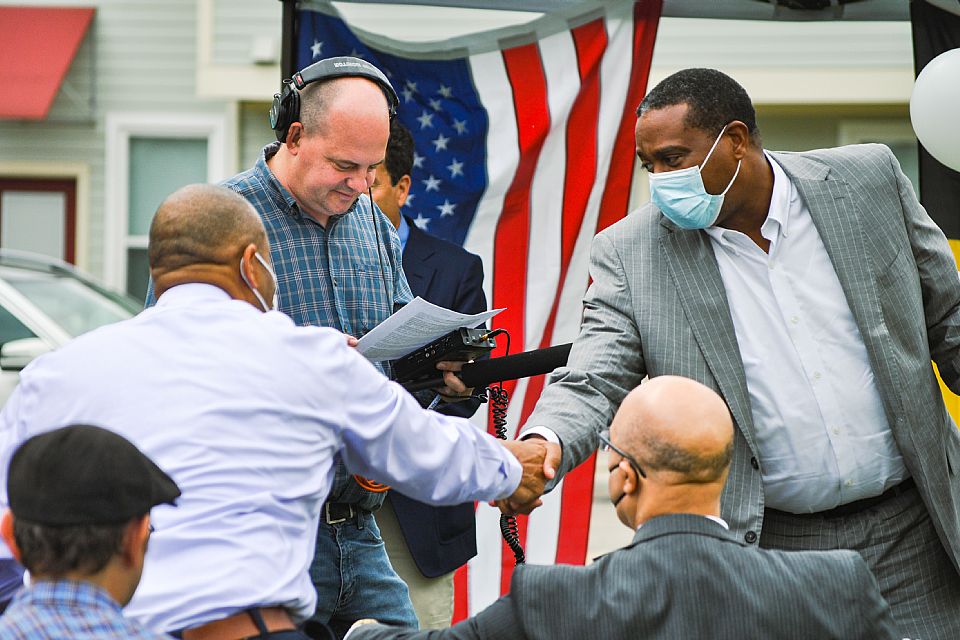 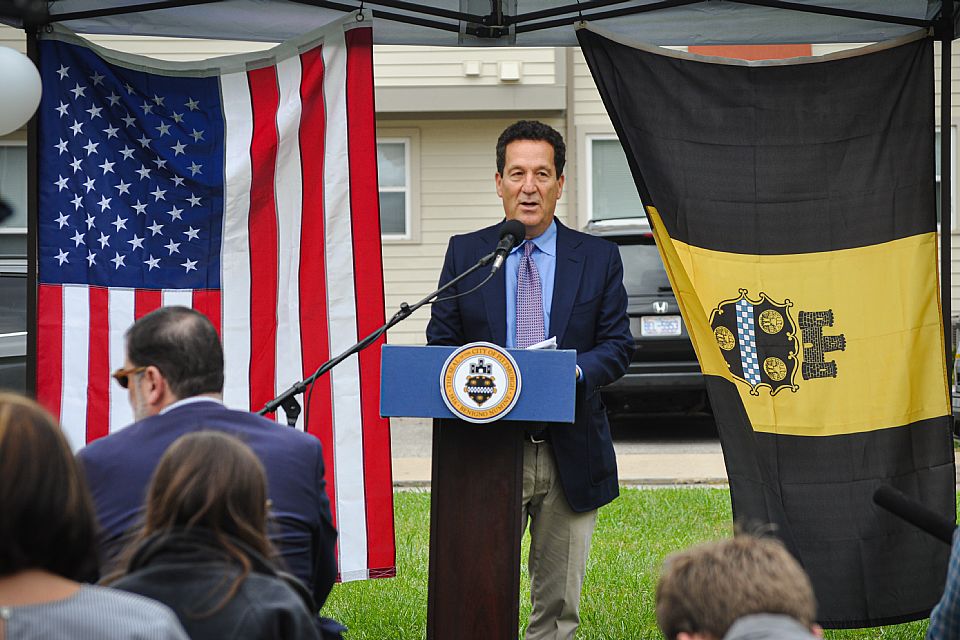 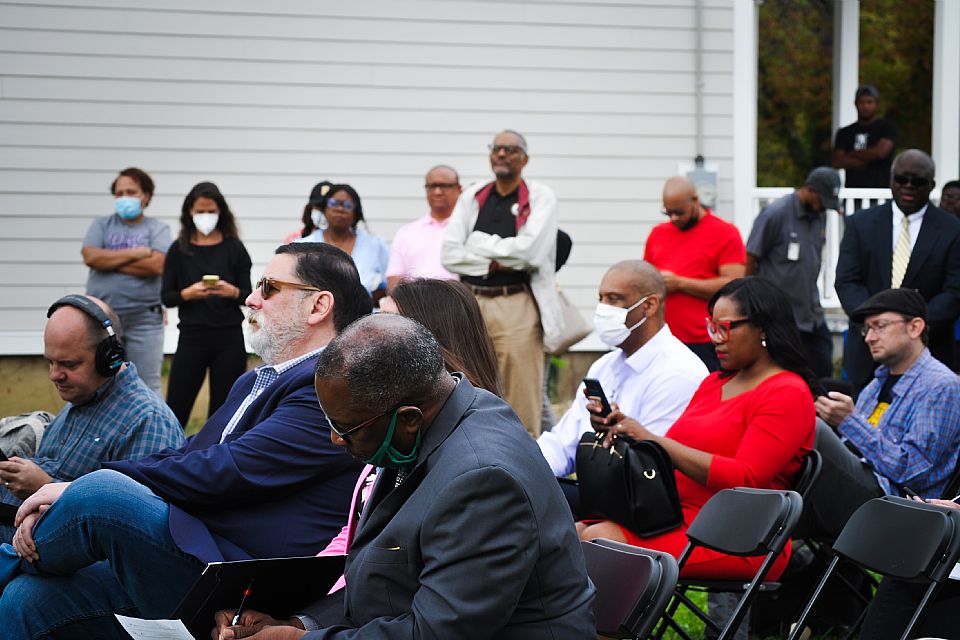 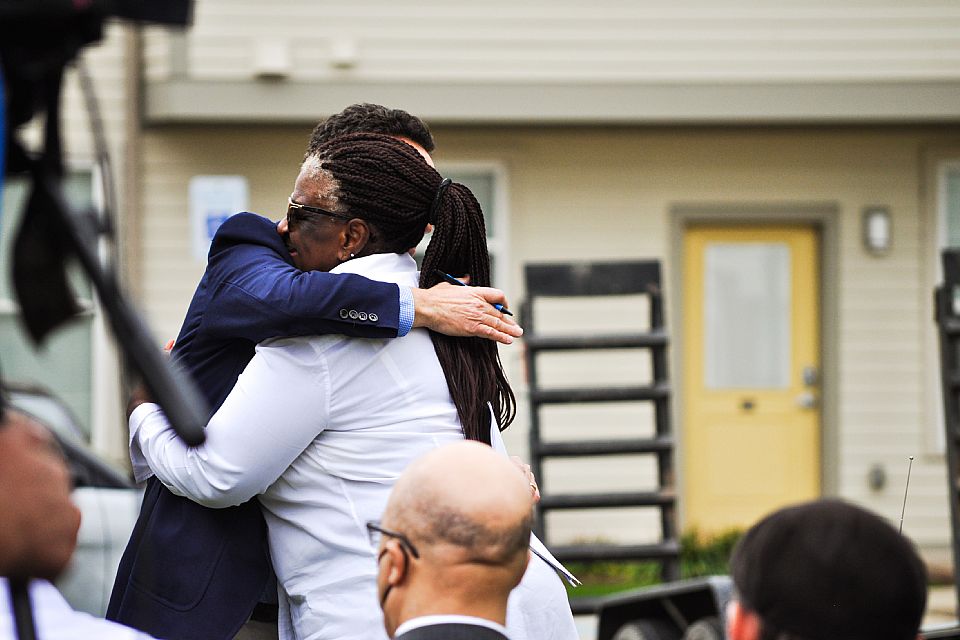 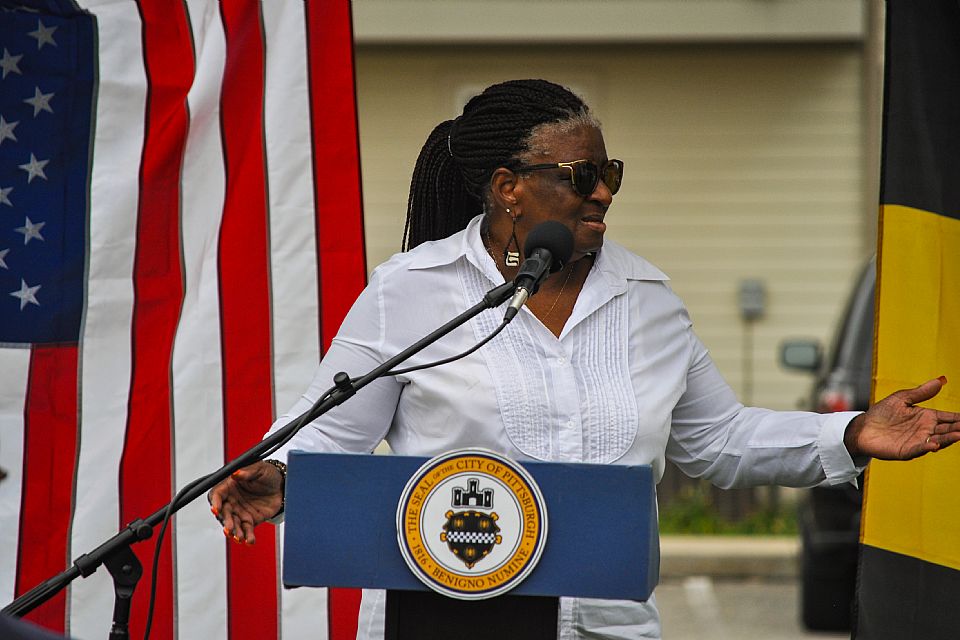 Walnut Capital and the Urban Redevelopment Authority of Pittsburgh (URA) announced today that their partnership with the Larimer Consensus Group (LCG) and Pittsburgh Housing Development Corporation (PHDC) to build for-sale affordable homes in Pittsburgh's Larimer neighborhood is underway. The nearly $1 million project is funded by Bakery Square through its participation in the East Liberty TRID Phase II and also includes a $1 million workforce development component. Two homes will begin construction in the first quarter of 2022, representing the first phase of the resident-focused wealth building program that will bring an additional 7-10 new homes to the surrounding blocks on Mayflower, Auburn, and Carver Streets.

The project represents  Walnut Capital's increased commitment to build stronger connections with Larimer residents and is one part of significant  efforts to continue the revitalization of Larimer north of the railroad tracks. The neighborhood developer recently “refreshed” Bakery Square’s public square and worked with LCG to add key elements to make it more inviting for long term Larimer residents.

“Walnut Capital’s recent community public art project and the addition of GG’s Cafe, two ‘backyard grown’ initiatives, resulted in Bakery Square being one of the most inclusive environments in the city. Everyone, all colors and ages hangs out there now; it’s a beautiful thing.” said Donna Jackson, LCG’s board chair. “The next phase of our partnership with Walnut Capital is even more exciting as they’ve listened to our plea for more affordable housing so that Larimer residents can own a home and play a role in the wealth generation Walnut Capital is helping to spur. That’s true equity.”

The first two houses will each have 3-bedrooms and 2.5 baths, and be affordable to households at or below 80% of the Area Median Income (AMI). The PHDC, an affiliate organization of the URA, is currently in the design phase with TKA Architects, whose owner, Joseph Serrao, was raised in Larimer. To date, PHDC has developed or assisted in developing nearly 300 units of affordable housing and has invested $68 million in housing in City of Pittsburgh neighborhoods.

“These wealth generation initiatives are a result of our hard won effort to build trust with the Larimer Consensus Group,” said Walnut Capital’s CEO, Gregg Perelman. “Together, we have focused our efforts on community projects that ensure Larimer residents not only stay in Larimer, but build wealth. There’s much more work to do, in particular, the need to break down infrastructure barriers and better connect Larimer residents to Bakery Square, but today it’s time to celebrate.”

The $920,000 in funding for the affordable homes was made possible by Bakery Square’s participation in Phase II of the East Liberty TRID. Phase II allows a portion of real estate taxes generated by the new Dahlem Place “North Garage” and “Bakery Office Three” office building (home to Philips Sleep and Respiratory Care Group) to be used to partially finance several projects. Financing was provided by Dollar Bank.

"I am grateful for the hard work of the Larimer Consensus Group to work with their neighbors to define a community vision that inspires pride, sustainability and resilience in the neighborhood, and to work with partners like Walnut Capital and PHDC to see the realization of this vision," Mayor William Peduto said. “I'd like to thank Walnut Capital and PHDC for working with the community to develop affordable homeownership opportunities in Larimer."

"PHDC thanks Walnut Capital and Bakery Square for this generous funding, the LCG for their efforts, and ELTRIDRA for its leadership," said PHDC Deputy Executive Director Richard Snipe. "This blooming partnership advances several public infrastructure and safety projects along Penn Avenue as well as the development of affordable for-sale housing, branding and wayfinding activities to preserve and promote Larimer’s unique character, and workforce development initiatives as a first step to bringing more opportunity to Larimer residents. PHDC is excited and proud to be part of this effort."

The seeds of this partnership were planted several years ago when Phase II was adopted by the City of Pittsburgh, Allegheny County, and Pittsburgh Public Schools. Phase II allowed the URA, its affiliate, ELTRIDRA, and Walnut Capital to join forces to ensure a mechanism would be available to finance future public infrastructure and community impact projects. Shortly after Phase II was adopted, Walnut Capital expanded its relationship with the LCG, and the two began focusing on community projects that could help the Larimer neighborhood. The LCG and Walnut Capital brought these ideas to ELTRIDRA and PHDC, which resulted in a partnership to advance funding for the for-sale affordable homes, several public infrastructure improvements along Penn Avenue, workforce development initiatives in Larimer, and way finding and branding activities that celebrate Larimer’s unique character. 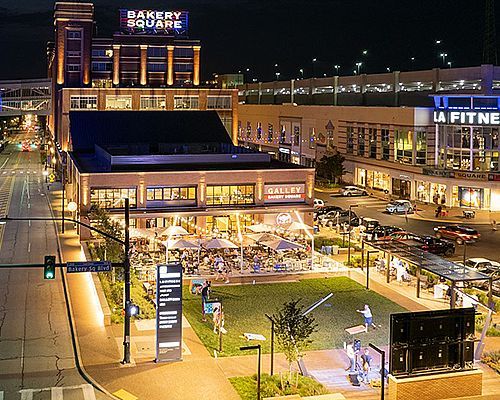 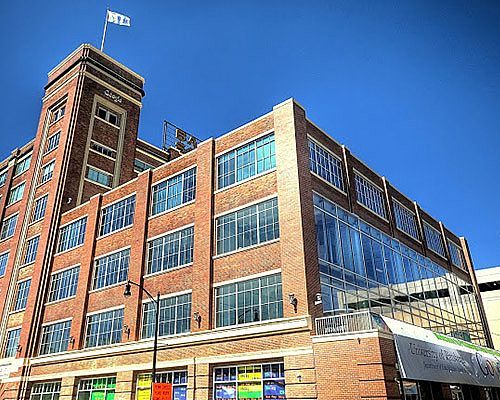 Google expands in Bakery Square, signs deal with city to use Google Cloud 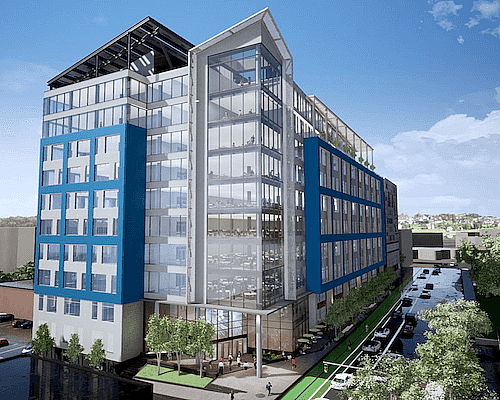