To know Kellie is to love Kellie. And if you know Kellie, you surely know about Walnut Capital. Kellie has worked at Walnut Capital for over 20 years! She was the second employee hired, right behind Diana Corbett, as a young, hip, and cool 27 year old. Well, maybe she wasn’t that hip and cool… She brought her mother to her interview!

Rewind to 1998, she just pulled up from New Jersey to Walnut Street prepped and ready to meet Gregg and Todd. Her mother, Eileen, tags along to "do some shopping" on Walnut Street. Kellie's rocking the latest women's pants suit ready to make a killer impression. She heads to the interview with Gregg and Todd, they sit down in a glass conference room, and to her surprise, Eileen shows up and sits just outside the room until the interview is over. Talk about being mortified! Nonetheless, Kellie got the job and it's Todd's all-time favorite story to tell.

The interview wasn't super extensive... In Kellie's own words, "I had a pulse and could lease apartments. So I got the job." Turns out they made a great selection though. These days, Kellie is an absolute PRO! 20 years in the biz and she has all the addresses memorized, knows the number of units in each building like the back of her hand, can rattle off tenant names in no time and practically has a script she recites on tours...including some of her classic jokes! 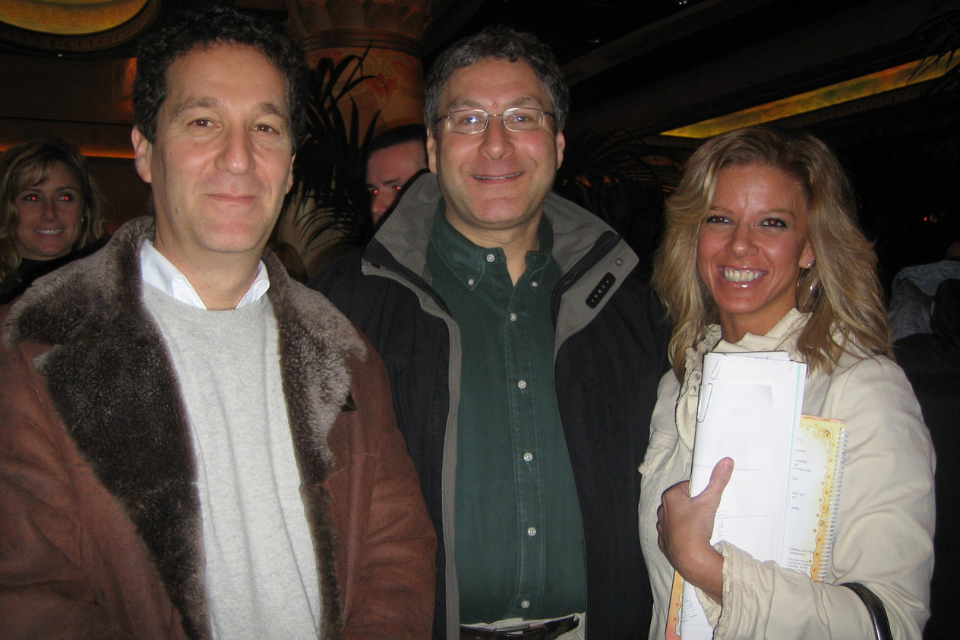 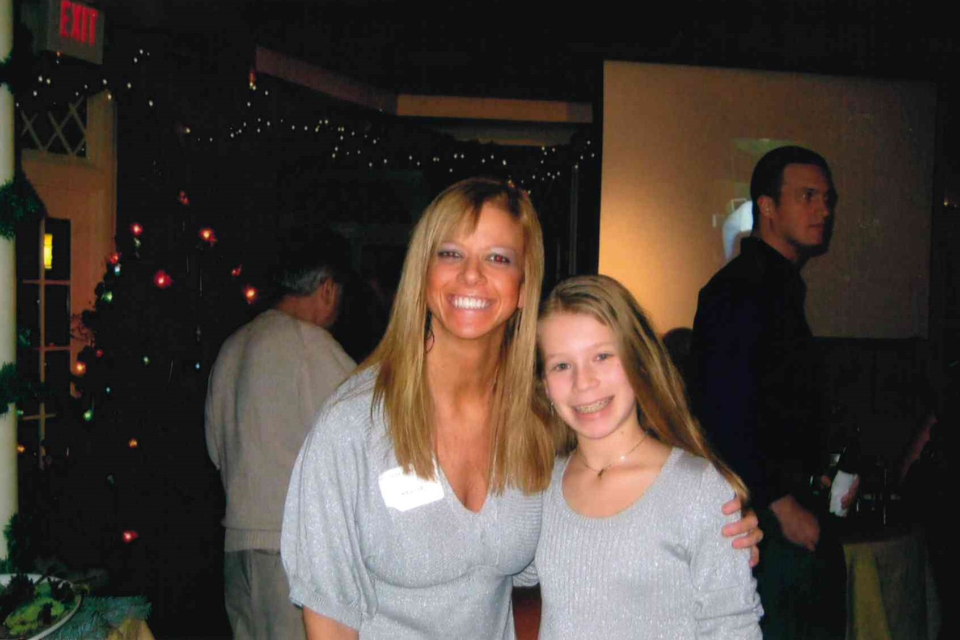 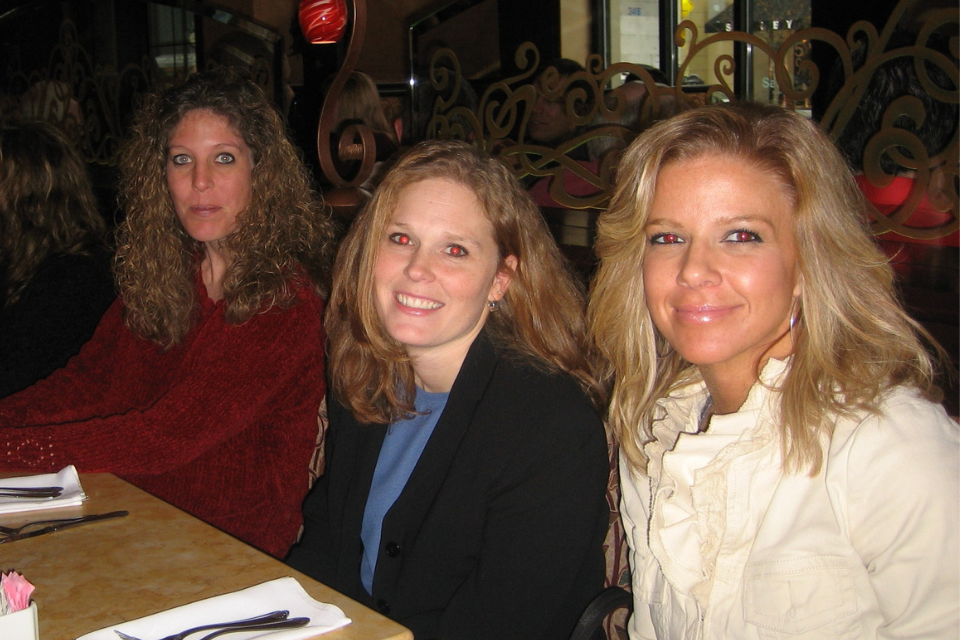 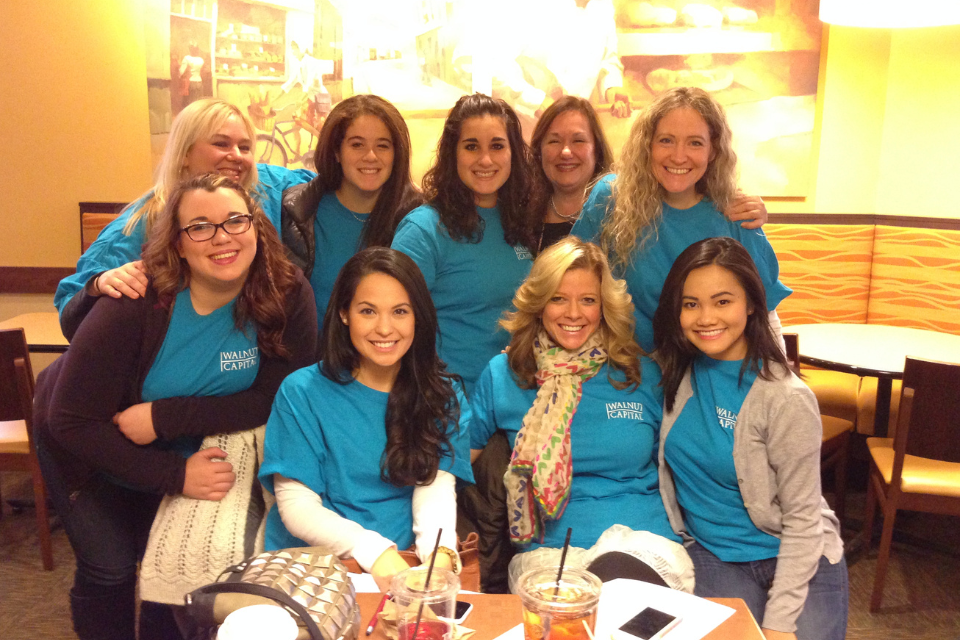 The early days were worlds different than they are today.

Aside from only having five employees, there were loads of differences between then and now. She remembers the prehistoric days without cell phones where they used two-way walkie talkies to communicate with the Maintenance team. No email meant loads of messages on the answering machine. It also meant A LOT of paper! Printing and stuffing envelopes with tons of letters that were hand delivered to each resident. Her schedule? Kept in a huge appointment book that everyone and their mother would scribble appointments in. If it sounds chaotic and disorganized... it's because it was!

There wasn't much structure back then and everyone was responsible for helping out with everything. Gregg and Todd were involved in the day to day and around the office all the time. Gregg still micromanaged the business like a madman and was known for his regular phone calls to the landline. Kellie gets questioned all the time:

How have you worked for Gregg Perelman for 20 years!?!

It's a tricky question, but even after all these years, she loves what she does!

Sure, she's no longer a one-woman show and the entire leasing process has changed over the years, but she likes talking to different people, helping them find their new home and most of all, waking up and coming to work with people she actually likes. Many co-workers have become like family and she has enough memories to last a lifetime. 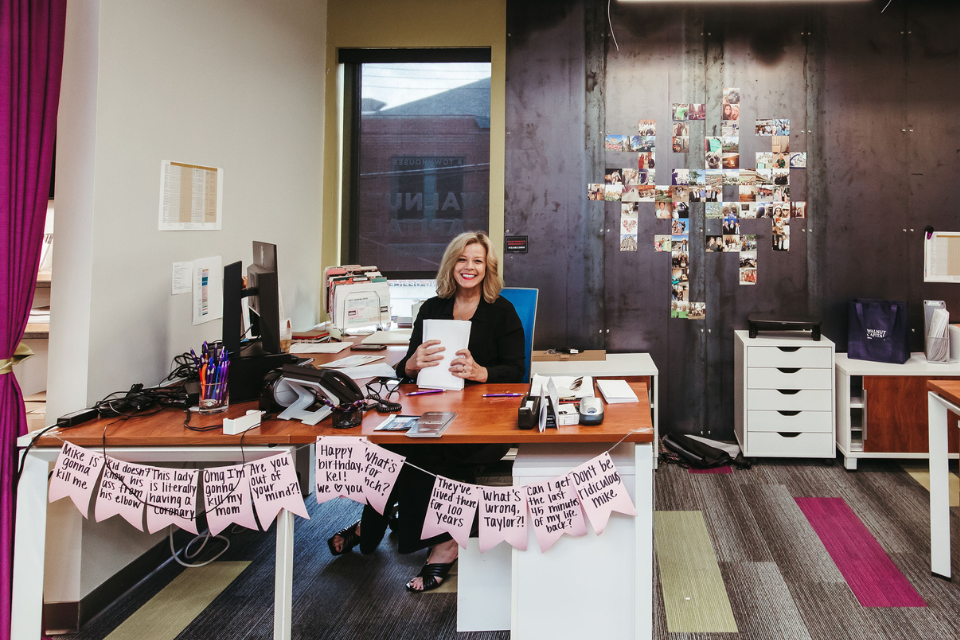 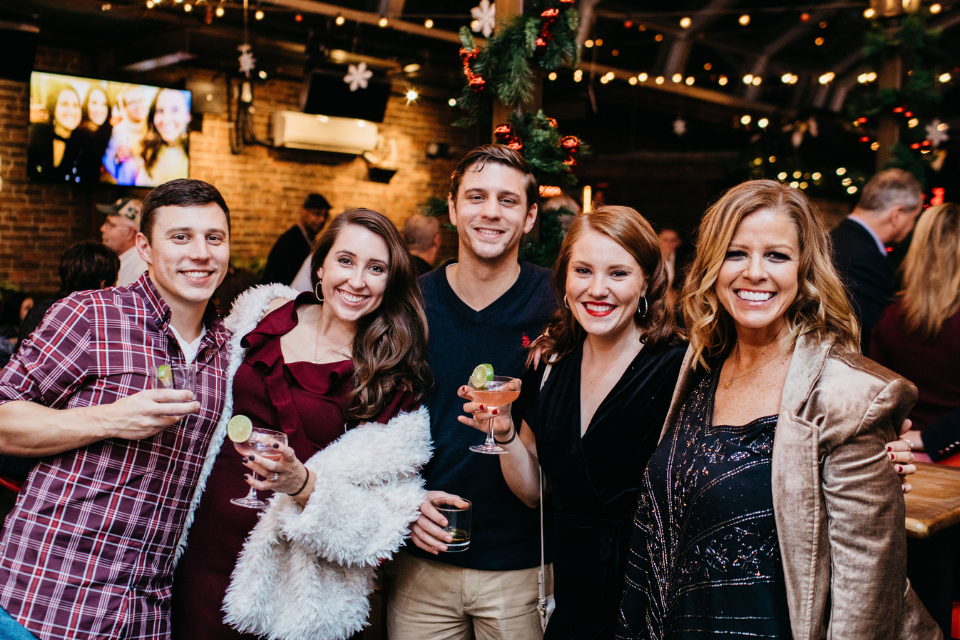 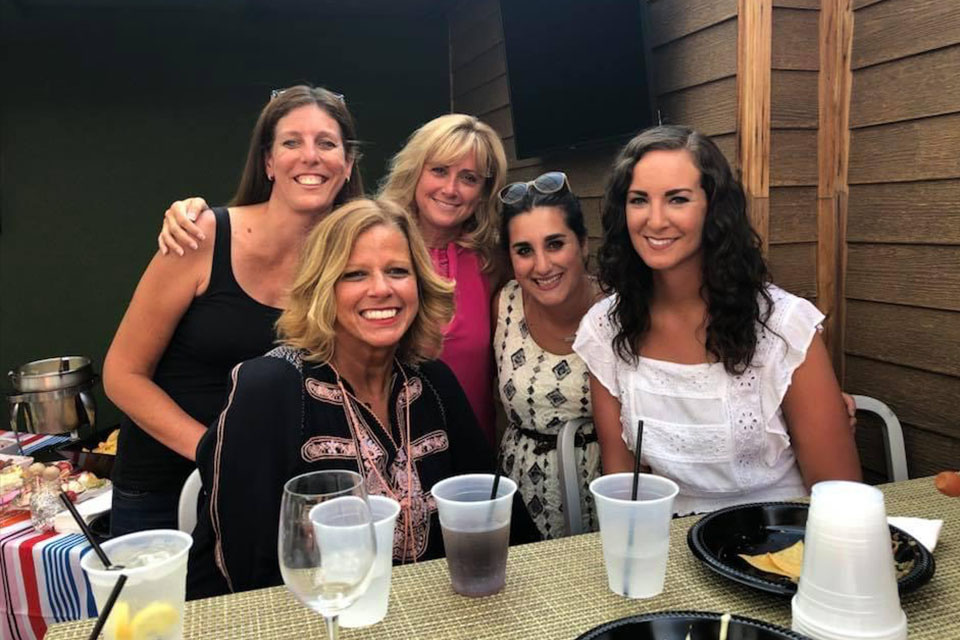 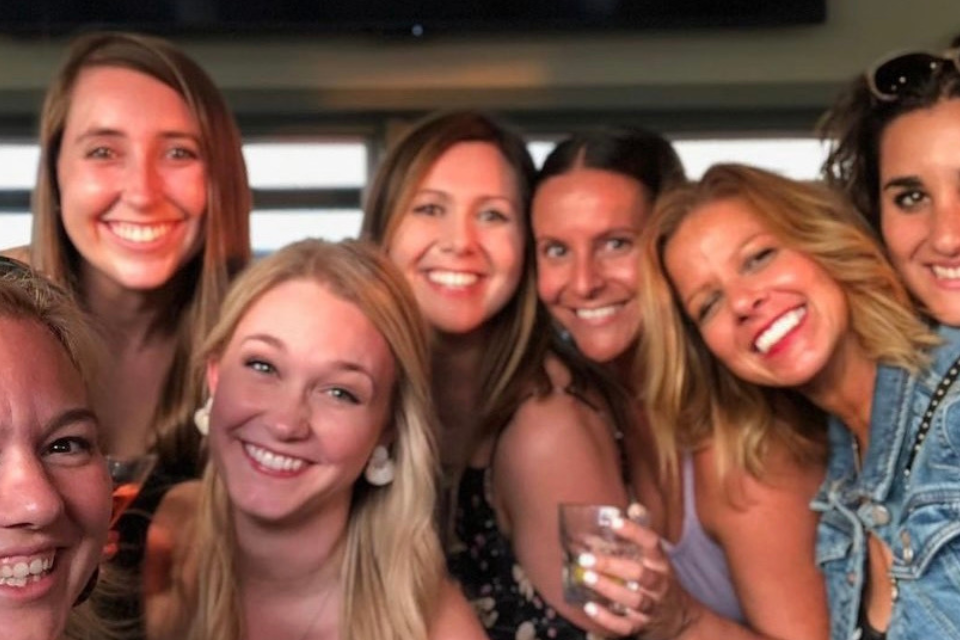 Speaking of memories... Believe me when I say Kellie has seen a thing or two. Buckle up for this one: Kellie meets a prospect at Beacon Commons, smells something awful but continues to give the tour, opens up the door to the final bedroom and BOOM, three giant snapping turtles occupying the space. So big you could ride 'em! Kellie stories are the best stories (ask anyone!) and there's plenty more where that came from.

When she's not in the office or touring apartments she's typically working out at home with the Peloton cult, shopping for new makeup and the latest clothing trends, or being the world's best Mimi to her two grandchildren! I'll tell you what she's definitely not doing... getting a new job anytime soon! 20 years and counting, why stop now?? 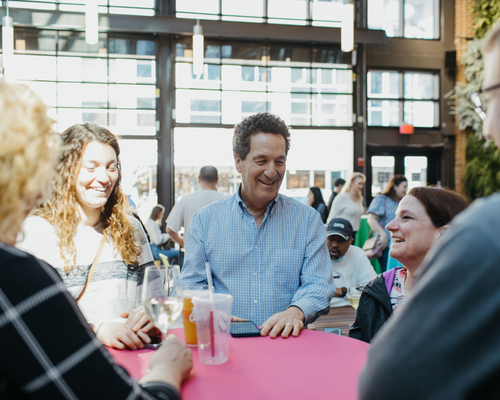 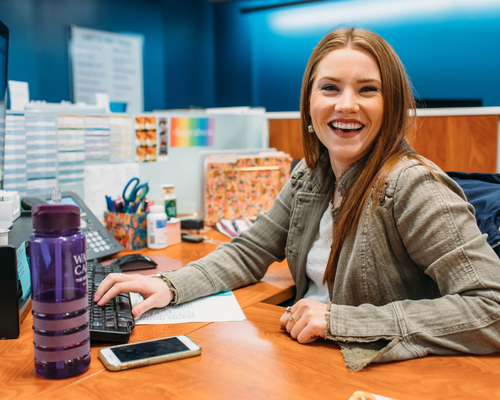 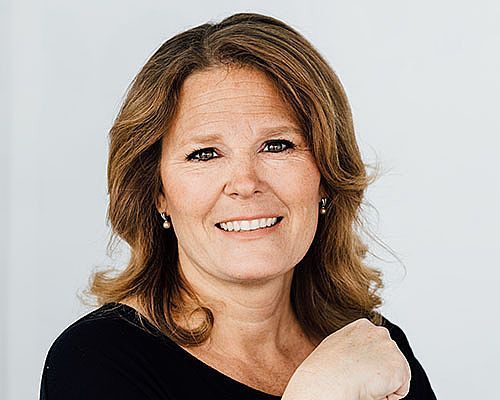 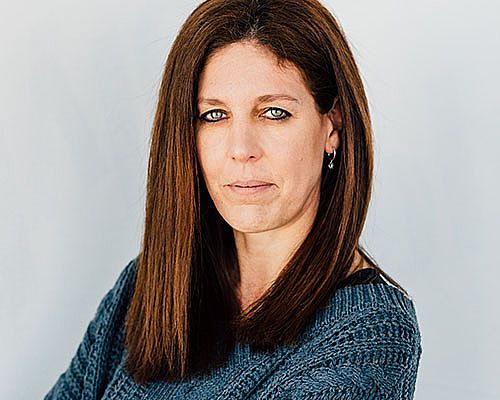 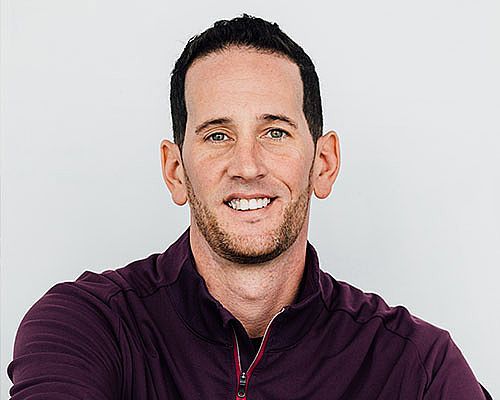